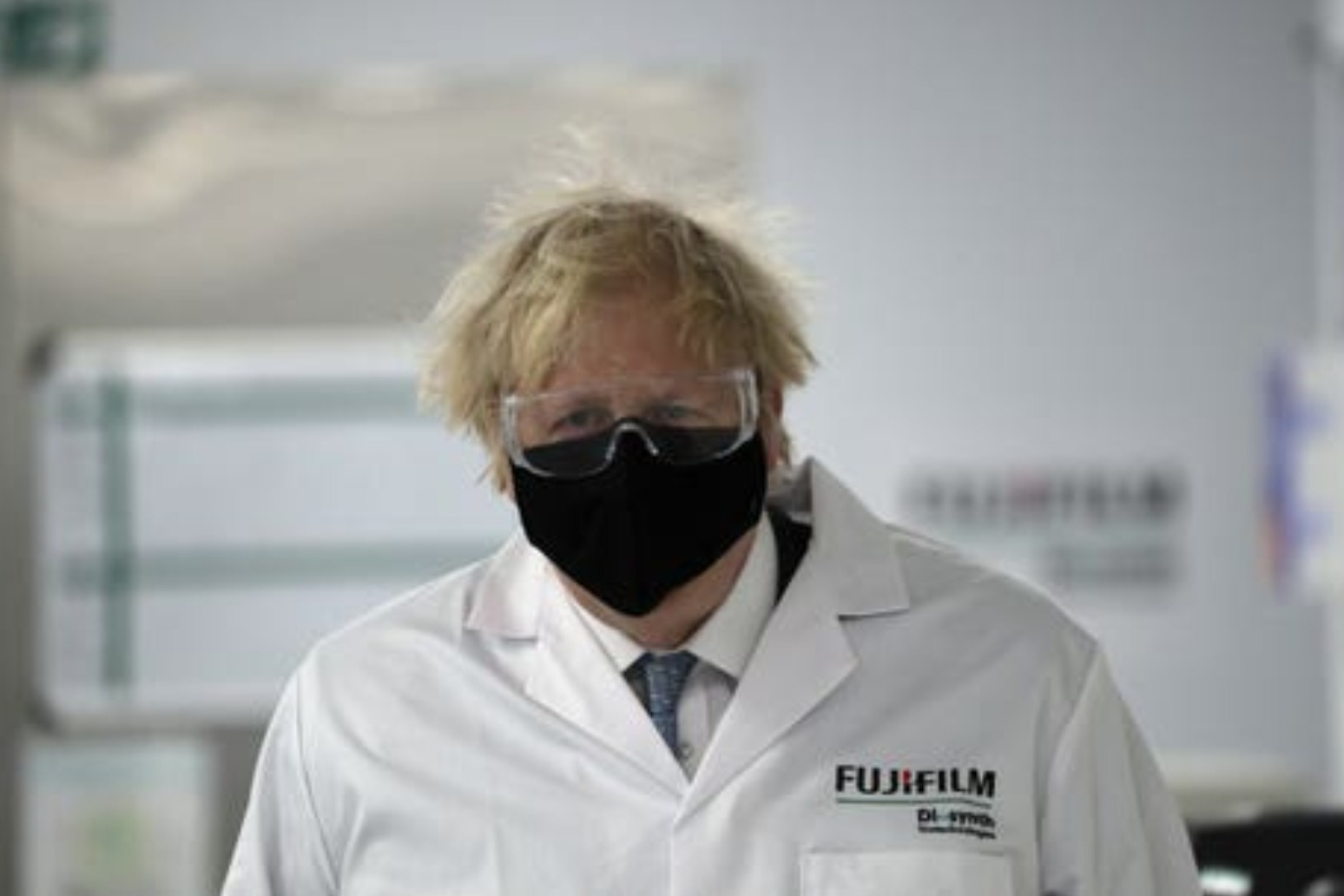 The Prime Minister is due to receive his first dose of the AstraZeneca vaccine as a host of European countries announced they would return to using the jab following fresh safety assurances.

A slew of countries, including Germany and France, reversed their decision to temporarily pause its use over blood clot concerns after the European Medicines Agency (EMA) called the vaccine “safe and effective”.

Boris Johnson is due to receive the AstraZeneca jab when he is given his first dose of Covid-19 vaccine on Friday.

France, Italy and Germany, along with Cyprus, Latvia and Lithuania, have confirmed they will resume rollout of the Oxford shot on Friday, while Spain, Portugal and the Netherlands said they will follow suit next week, although Spain said it could exclude certain groups.

However Norway, Sweden and Denmark have said they will continue their hold on the AstraZeneca jab, despite the EMA’s ruling.

All three countries said the pause would continue while they conduct their own independent reviews of the jab’s safety.

“We want to thoroughly review the situation before we make a conclusion,” said Geir Bukholm, director of the Division of Infection Control at the Norwegian Institute of Public Health.

“This will take some time, and we will provide an update at the end of next week.”

Mr Johnson, aged 56, told a Downing Street press conference on Thursday: “The Oxford jab is safe and the Pfizer jab is safe.

“The thing that isn’t safe is catching Covid, which is why it is so important that we all get our jabs as soon as our turn comes.”

He urged the population to continue taking up the offer of a shot to ensure coronavirus cases continue to plummet so he can keep to his current timetable for easing the lockdown in England.

A further 91 people died within 28 days of testing positive for Covid-19 as of Thursday, with an additional 6,303 lab-confirmed cases.

“The way to ensure this (lockdown easing) happens is to get that jab when your turn comes, so let’s get the jab done,” Mr Johnson said.

His comments came after the EMA confirmed the vaccine is “safe and effective” and its benefits outweigh any risks.

However, the regulator said it “cannot rule out definitively” a link between “a small number of cases of rare and unusual but very serious blood clotting disorders” and the vaccine, with investigations ongoing.

Emer Cooke, EMA executive director, said this situation was not unexpected, adding that “when you vaccinate millions of people” such reports of rare events will occur.

But the EMA has concluded there is no overall increase in the risk of blood clots with the vaccine, and in fact it is likely to reduce the overall risk of clots.

Ms Cooke said: “This is a safe and effective vaccine. Its benefits in protecting people from Covid-19, with the associated risks of death and hospitalisation, outweigh the possible risks.”

In the UK, the Medicines and Healthcare products Regulatory Agency (MHRA) also concluded that any link between the jab and clots is unproven, and the benefits of the vaccine outweigh any risks.

Five men in the UK have suffered an “extremely rare” blood clot problem in the brain after having the AstraZeneca vaccine, with one of them subsequently dying, though no causal link with the jab has been established.

The MHRA said it was looking at the reports but stressed the events were “extremely rare” and there was a possibility they could have been caused by Covid itself.

The vaccine boost comes as Culture Secretary Oliver Dowden suggested coronavirus “certificates”, a document providing proof that a person has either been vaccinated against the virus or tested negative, could be used as part of the drive to return to normality.

Cabinet Office minister Michael Gove is currently leading a review on the “ethical, equalities, privacy, legal and operational aspects” of a so-called vaccine passport scheme, with the results due to be published by June 21 when all restrictions are planned to be scrapped.

But Mr Dowden, in comments made to The Sun, said he wanted to use “Covid certification to make it more viable for (summer sporting) events to go ahead with less or no social distancing” and get “as close to normality as we can”.

The senior minister reportedly said he wanted to get “as many people as we can into the final and semis” of the European Championships at Wembley Stadium in July.

Meanwhile, the Prime Minister has vowed not to let his plans for relaxing restrictions be hindered by a slump in vaccine supply next month.

He confirmed the UK would have “fewer vaccines than we had planned” in a move that could mean the under-50s might have to wait until May to get a vaccination, despite doctors having planned to start on that group in April.

Mr Johnson said a delay in deliveries from India and the need to retest a batch of 1.7 million doses is behind the issues with vaccine supply in April.

But he said the drop in available doses would not impact on the target to offer all adults a first dose by the end of June or knock back his road map schedule.

“There is no change to the next steps of the road map,” he said.

Scotland’s First Minister Nicola Sturgeon said Scotland will have 500,000 fewer coronavirus vaccine doses over the next month than anticipated.

However, Northern Ireland has suggested it may still be able to start vaccinating people in their 40s from mid-April.