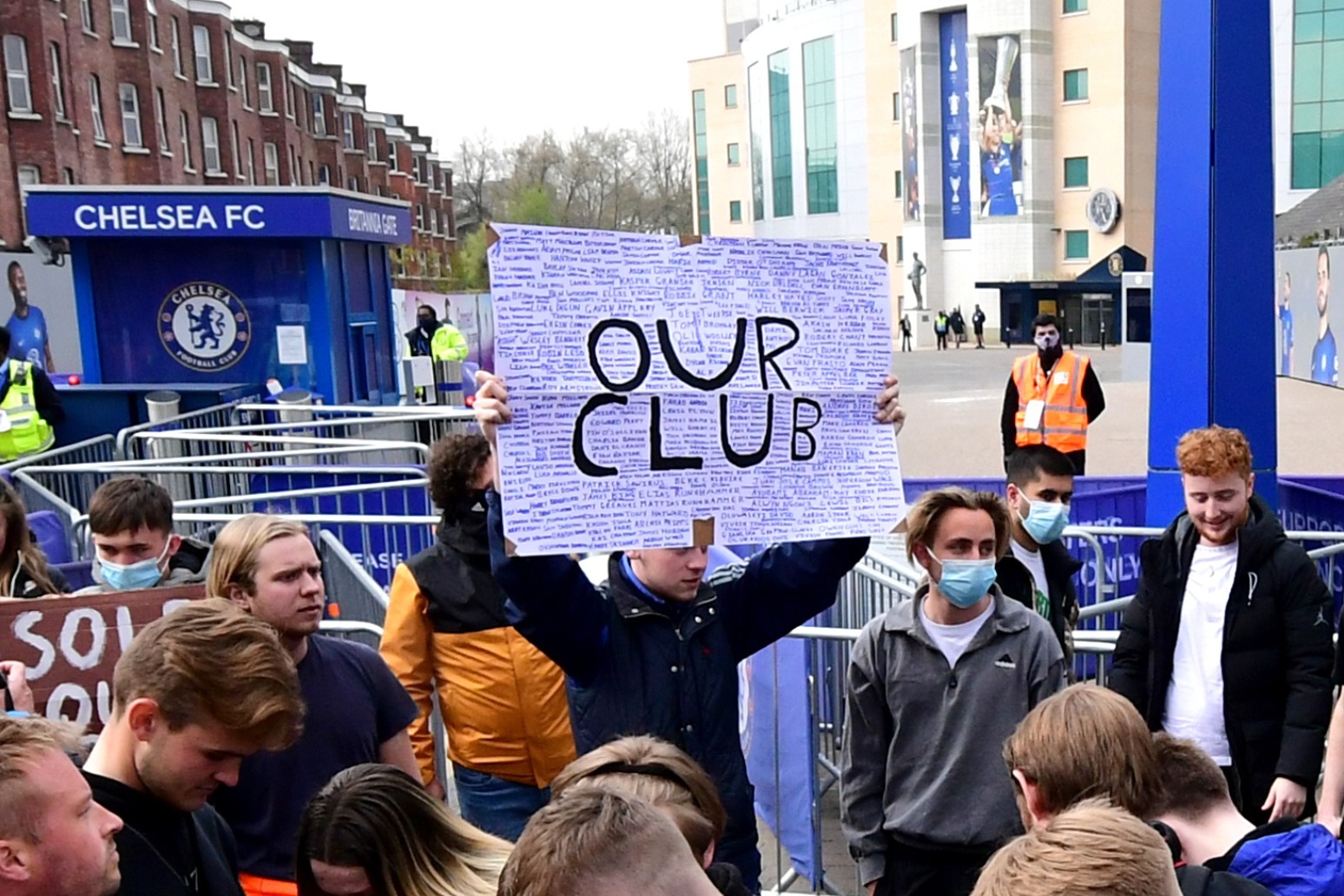 The dust is still settling after English clubs bowed to supporter pressure and reduced the controversial plans for a breakaway Super League to rubble.

On a dramatic Tuesday night Manchester City, Manchester United, Liverpool, Tottenham, Arsenal and Chelsea all confirmed they intended to withdraw from the project.

In response to their departures, the Super League announced early on Wednesday morning it is considering “appropriate steps to reshape the project”.

It said in a statement: “Despite the announced departure of the English clubs, forced to take such decisions due to the pressure put on them, we are convinced our proposal is fully aligned with European law and regulations as was demonstrated today by a court decision to protect the Super League from third party actions.

“Given the current circumstances, we shall reconsider the most appropriate steps to reshape the project, always having in mind our goals of offering fans the best experience possible while enhancing solidarity payments for the entire football community.

“The European Super League is convinced that the current status quo of European football needs to change. We are proposing a new European competition because the existing system does not work.

“Our proposal is aimed at allowing the sport to evolve while generating resources and stability for the full football pyramid, including helping to overcome the financial difficulties experienced by the entire football community as a result of the pandemic.”

UEFA president Aleksander Ceferin welcomed the withdrawal of the English clubs from the planned breakaway league.

“I said yesterday that it is admirable to admit a mistake and these clubs made a big mistake. But they are back in the fold now and I know they have a lot to offer not just to our competitions but to the whole of the European game.

“The important thing now is that we move on, rebuild the unity that the game enjoyed before this and move forward together.”

Tottenham chairman Daniel Levy said the club “regret the anxiety and upset caused by the proposal” while Arsenal apologised for their “mistake”.

Liverpool, Manchester United, Manchester City and Chelsea were a little more prosaic in announcing their withdrawals with short statements.

But the fall-out is unlikely to end there. Ed Woodward announced he will step down as Manchester United executive vice-chairman by the end of the year while Sky Sports pundits Gary Neville and Jamie Carragher called for changes at the top at their respective clubs, United and Liverpool.

Meanwhile the Chelsea Supporters’ Trust said the position of a number of the club’s board is now “untenable”.

But in the meantime fans, players, managers and pundits alike were celebrating an important victory.

Neville said on Sky Sports: “It’s absolutely incredible. There was large concern yesterday morning as a Manchester United fan thinking Joel Glazer put his name on a statement – you thought it’s going to be difficult to back down.

“But City have enacted withdrawal proceedings and Chelsea are doing the same. It’s gone, done!”

Carragher, like Neville an outspoken critic of the Super League, tweeted a picture of a headstone engraved with the inscription “European Super League, born April 18, 2021, died April 20, 2021.”

“I just think the reaction of everybody, Jurgen Klopp coming out last night, James Milner and Patrick Bamford,” he told Sky Sports.

“Yesterday afternoon I was fearful. It was really serious, it felt like there was no fight, that the ship had sailed.

“But after the game I felt reenergised and was confident this would be over after those players came out. That gave me a huge lift. I said as soon as one goes that’s the end of it, and it’s finished.”

Liverpool captain Jordan Henderson led the backlash within the club with a tweet which read: “We don’t like it and we don’t want it to happen. This is our collective position.

“Our commitment to this football club and its supporters is absolute and unconditional. You’ll never walk alone.”

“Klopp threw the owners under the bus, the captain has, Kenny Dalglish has,” he added.

“I don’t know what they are hanging on for. I don’t see a future for the ownership on the back of this.”